Vaginoplasty – SRS (sex reassignment surgery) or GRS (genital reconsecration surgery) – The surgical construction of a vagina. This procedure commonly includes a clitoris, vaginal canal, and labia. For folks who have no interest in having a vaginal canal, there are other options that we will get into later. Many different methods are available for you depending on what you want. Most commonly used the Penile inversion technique but others exist such as peritoneal pull through and sigmoid colon vaginoplasty. Dilation is used after surgery to make sure the depth you have is kept. The image below for context: 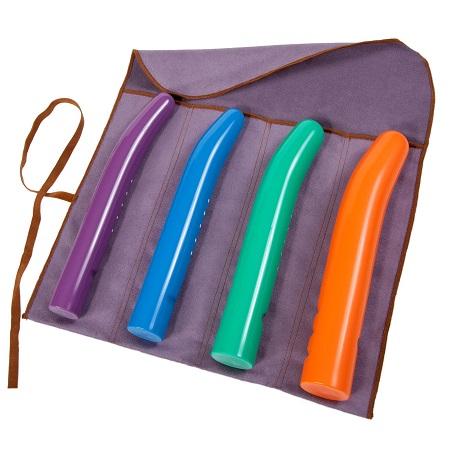 Dilation is needed almost indefinitely after surgery, even though in some methods, such as peritoneal pull through, the risk of losing depth is less. Costs of this procedure can be anywhere from $10,000 – 20,000 USD in Thailand to $25,000 – 75,000 USD in other locations such as the U.S.A. Recovery usually takes 4-6 weeks and most people resume work at about 2 months’ recovery. Therapists or doctor’s notes are almost always required for you to go through this procedure. Laser or electrolysis hair removal is sometimes required before having this surgery to make sure no hairs grow in the vagina.

Orchiectomy – The surgical removal of the testicles. You can have this procedure on its own, it would also be done during a vaginoplasty. Whenever you remove the testicles, your body no longer procedures a large amount of natural testosterone. Usually, after a vaginoplasty or orchiectomy, you are able to get off of Testosterone blockers and lower your dose of estrogen. Some trans women talk about additional breast growth after an orchiectomy or vaginoplasty so for some getting an orchiectomy earlier in their medical transition is a good idea. An orchiectomy also makes tucking, the hiding of the crotch or groin, a lot easier. I personally have had an orchiectomy and would highly recommend it. If you want a vaginoplasty down the line, an orchiectomy does not impede on that. Shrinkage and atrophy of the penis after an orchiectomy is common. Therapists or doctor’s notes are almost always required for you to go through this procedure. The price can range for around 2,000-5,000 USD and the recovery is about a week. Not everyone transitions will look the same, some trans women talk about how the orchiectomy was all they needed to be happy with their genital. An orchiectomy can be done with a Scrotectomy, the surgical removal of the scrotum, or not. If you want a vaginoplasty down the line, it is not a good idea for you to remove the scrotum, since the scrotum is usable tissue for the vaginoplasty.  An orchiectomy can be a great first or last step in someone’s transition.

Vulvoplasty – Minimal depth Vaginoplasty – SRS –  Vulvoplasty is the same idea as a vaginoplasty without the vaginal canal. This can be a popular option of asexual people or people who have no interest in penetration. The surgery itself is much less complicated as you don’t need to construct a vaginal canal and the recovery will reflect that. Another big advantage is how you don’t need to dilate after this surgery. As well as you not usually needing to remove hair either through electrolysis or laser. Surgeons report about 10-15% of their patients requesting this over the traditional vaginoplasty, with growing numbers. This can also be an amazing option for patients who are at higher risks because of heart issues or age issues and could have problems being under anesthesia for long periods of time. The price range for a Vulvoplasty can be the same as vaginoplasty however in some cases it can be 20-25% cheaper. It all depends on which surgeon you choose.

Breast augmentation – also known as augmentation mammoplasty – Is the surgical increase of breast size. Of course, this procedure is not only used by trans women, but trans women don’t tend to grow as big of a chest as cis girls, so this surgery is often a solution to that problem. Breast augmentation is a widely available procedure unlike many others on this list. The price can range from 5,000 – 10,000 USD. There are many different options including saline and silicone implants as well as where the implant is going to go, such as under the muscle or over it. 175 cc is about one cup size so if you wish to go from a “B” cup to a “D” cup you would need about a 350 cc implant. The most common sizes are 350-400 cc. To make a full recovery is about 6 weeks but it is common for women to report feeling fine after about a week. Therapist notes or doctor’s notes are not commonly needed for this procedure.

Facial Feminization Surgery (FFS) – Facial feminization surgery is the surgical change of the face to make it more feminine, this can include but is not limited to rhinoplasty, trachea shave, hair transplant, forehead work, and many others. Some will choose many procedures while others might choose only 1 or 2 depending on their needs. With a procedure that is so tailored to the patient, the price and the recovery can heavily fluctuate, anywhere from $20,000 – 50,000 USD is common. It is very common for trans women to talk about how FFS was absolutely necessary on their journey and did more for them than SRS. Hormones will not change the skeleton structure of you unless you take them at a very young age. For some who have very prominent masculine features on their face which could be causing them dysphoria, facial feminization surgery is the obvious answer. Recovery time can also be very much dependent on what you are having done, but usually, you need around 2 weeks of full-time recovery. Around 4-6 weeks is about the time that people start to get back into daily life. The swelling will continue though for many months though. In FFS and other major surgeries, post-surgery depression can be a commonality. You will more than likely look like you have gone through a car accident for the first week or so. This can be really worrying for a person having the surgery, especially if they had the expectation that they will look amazing when they wake up. The same concept can and does happen with vaginoplasty and Vulvoplasty. It is common for surgeons to require one or two therapists or doctor’s notes but this is not always the case. In short, Facial feminization surgery is a medically necessary surgery for some trans women and can have life-altering effects.

Voice feminization surgery – VFS – Voice feminization surgery or vocal feminization surgery is the feminization of the voice through surgical means. This usually entails the shorting and raising of the vocal cords, so that they are more in line with cis women. All of the surgeries on this list are pretty new surgeries, however, VFS specifically is one that is really new. There are some amazing results that can be achieved from going through with this procedure, however, most surgeons do think that it should be taken as a last resort after vocal training has been done. The cost of this surgery can be anywhere from $5,000 – 10,000 USD and the recovery time is usually 2-4 weeks of no talking. You can usually start talking again on a restricted amount around the 6 weeks to the 3-month range. It can take months for you to get back to where you were before surgery of talking on a consistent basis. As the vocal cords start to get settled down, your pitch will start to raise. It is common for you to need a therapist note however it depends on the surgeon. Dr. Thomas who offer the surgery in Oregon has great information on his website, linked below: