Progesterone is one of the most prominent female sex hormones. During ovulation and pregnancy, the amount of progesterone in your system increases significantly. In the case of cis women, progesterone prepares the outlining of the uterus for pregnancy. Not only that, but progesterone plays an important role in bone health, cardiovascular health, and vasomotor symptom control (menopause symptoms).

What Does Progesterone Do to a Trans Woman Body?

For some trans women, progesterone may be the pathway to having fully developed breasts. Many cis girls don’t achieve fully formed breasts until they are pregnant. Not only that, but progesterone is a hormone that is present in the later stages of breast growth in cis women; specifically Tanner stages 4 and 5. Trans women stuck at tanner 3 or 4, or have not had much breast growth, may benefit from adding progesterone to their regimen.

Progesterone in itself will not give you more breast tissue; however, it does increase the amount of water retention and the growth of mammary glands in your breast, both of which make your breast look fuller. Not only that, but the addition of progesterone can help with nipple or areola growth. Commonly, trans women talk about weight gain while on progesterone, which may increase their breast size.

Trans women may lose all or significant portions of their libido when on estrogen. In the case of those who want to retain their libido, the addition of progesterone may help. 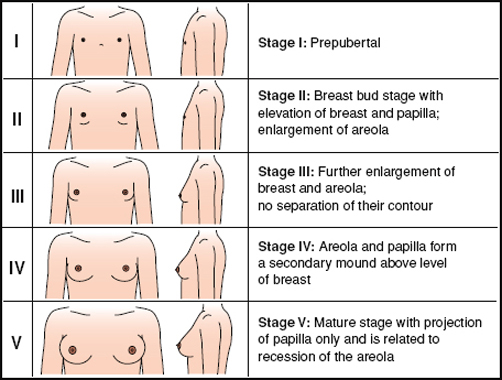 Cis women in the united states don’t have the same problem, average cup size being a 34DD. For trans women, after a year on hormones, they may only grow breasts of “less than an AAA cup size (48.7%).”  Both the lack of fully developed breasts and the amount of breast growth may make progesterone an appealing option.

What Type of Progesterone to Use?

Furthermore, progesterone suppresses the LH and FSH in natal men and stops the conversion of testosterone to DHT (dihydrotestosterone). Meaning that you may be able to substitute traditional anti-androgens for progesterone.  It may make more sense to add progesterone later in your medical transition, potentially waiting 1-2 years before doing so to mimic breast growth for cis women. However, there is little evidence to support the optimal time to add progesterone to your HRT regimen.

Progesterone is most commonly available in capsules, gels, or injections. Capsules are by far the most common and convenient method of administration. However, progesterone taken orally has a low absorption rate and bioavailability, making it difficult to achieve high progesterone levels in your system. However, you do get more psychological effects such as feeling tired whenever taken orally, making progesterone a convenient sleep medication. Progesterone taken through a suppository decreases the psychological effects while increasing the amount that you retain in your system. If your progesterone is a capsule, you can take it as a suppository safely and effectively. For injections, progesterone has a low half-life in your system, around a day. Meaning that if you want to do injections, you will have to administer them every day or two, making it an inconvenient method. Gels themselves can be a great option and give high absorption in your body. However, gels often can be expensive and not always covered by insurance.

To conclude, adding progesterone to your HRT regimen can offer increased feminization and breast growth. Ensuring you use the safest and most effective progesterone form, oral micronized progesterone, can help ensure your safety and well-being.

Sadly, up to “60% of patients fail to achieve adequate breast growth”, often breast augmentation is the answer to this problem.

In comparison about 4% of cis women opt into breast augmenation. After a year on hormones, trans women may only grow breasts of “less than an AAA cup size (48.7%).”